Alright. Another Q&A style post. Thanks to Angie from Backlog Crusader for the nomination. Some of your questions were a little tough to answer, but I hope you are satisfied with my answers.

1. If you could have a pet from any game you’ve played, what would it be?

Do Pokemon count? Zubat. It’s so squishy. I want it.

2. What game unexpectedly surprised you or surpassed your expectations?

Going with unexpectedly surprised on this one.

VA-11 Hall-A: Cyberpunk Bartender Action is a game I never would have expected to like as much as I did. I picked it up because I was trying to expand the genres of games I’ve played and I liked the art-style. I was surprised when I immediately connected with the main character Jill. She hates her job, oozes sarcasm, and lives with regrets from her past. At the time, all of this resonated with me in a very personal way giving me an overwhelmingly positive experience.

The side characters and their stories were also things I could relate to. Animosity toward a troubled sibling, having your idealized vision of the world crushed by reality, acceptance of one’s self, and coping with loss are all subjects of various side stories. Nothing about the characters is extraordinary. It’s the regularity of their stories that made them so easy to listen to and sympathize with. Despite taking place in a wholly unrealistic cyberpunk dystopia, VA-11 Hall-A manages to have some of the most grounded characters I’ve ever encountered in a game.

In summary: VA-11 Hall-A had characters I actually liked and related to, which surprised me. 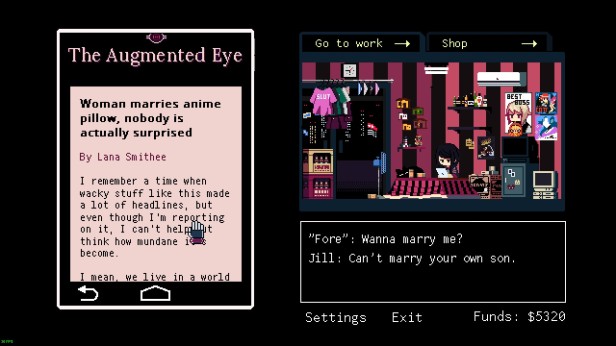 3. What game would you like to see be made into a film?

Danganronpa: Trigger Happy Havoc. The story the game tells is already fairly heavily scripted. Because of this I could see stripping out some of the down time, while focusing heavily on the various class trials as a winning formula for a thriller. Plus with how crazy the punishment animations are it’d be interesting to see how the rest of the scenes would be animated.

4. What was your most meaningful relationship forged through video games?

Oh boy. I get to write about MapleStory. Yay.

Back in college I played MapleStory enough that it could have been considered a day job. You don’t play an MMO for that long without forging some kind of relationship. At some point in my Maple career I decided I needed some gear that could only be crafted by playing in the pvp arena. The gear was fairly good and filled out accessory slots where I had no equipment, plus it being crafted meant I didn’t have to deal with loot tables. So I went down the pvp rabbit hole.

The first few nights I showed up no one said anything to me, while they systematically destroyed me. However, after about a week of playing one of them finally talked to me, albeit he was trash talking me. After going a few rounds of 1 on 1 with him we chatted for a bit and he introduced me to the rest of the group later that evening. The people I met in pvp would go on to be some of my best friends for the duration of my time playing MapleStory. We’d chat about school, our kids, I helped some of them with their homework, and we were always looking for new stuff to do with one another. It was great.

The one person I bonded with most was probably Warren. He was our party’s healer. We’d shoot the shit constantly while playing the game, instigated tons of the raid fights our guild would do, and he even helped me put together a resume for a co-op job I would be applying to as part of my schooling. He quit playing Maple before I did, but I have a lot of fond memories of him even though we never met in person.

5. What do you think will be the next fad in video games? (Ex: Battle Royales right now, season passes, zombie games in the past, etc.)

Every major player in the industry launching their own subscription service for games. The industry at large has spent years trying to have video games viewed as a service legally rather than a product. This shifts all of the power out of the hands of the consumer and places it in the hands of the game publishers. Subscription services are also the route that all other software companies have moved for long term financial stability (speaking as someone who works in IT). It’s a move that makes the most sense for publishers even if it screws over customers and might end up being more than just a fad.

6. Of all the games you have played, what scene was the most memorable?

This one is a tough one to answer because I tend to favour mechanics driven experiences over narrative ones. I suppose one of the scenes that has stuck with me the longest, and thus would be quite memorable, is when Link defeats Ganondorf in The Legend of Zelda: Wind Waker. Following an epic fight, Link jams the Master Sword right into Ganondorf’s skull sealing him in stone. It’s an incredibly triumphant moment as it signals both your victory in battle and an end to your journey. However, it’s also somber as the realization hits Zelda, Link, and the player that Hyrule is still lost in spite of their victory. When I first played Wind Waker it was the first time I’d encountered a game where we still kind of lost even though we’d won, which is probably why it was so memorable.

7. What older or retro game most deserves a remaster or sequel? 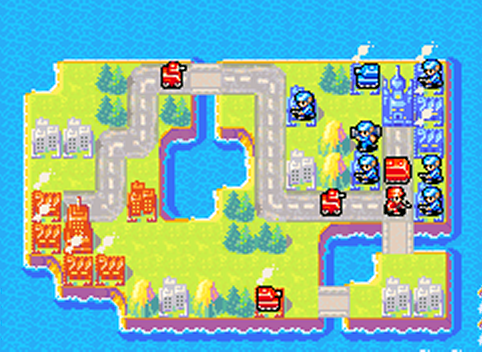 8. What game meant the most to you on a personal level and why?

At the risk of repeating myself, please re-read the answer to question 2 about VA-11 Hall-A.

9. Who is your favorite voice actor/actress?

I don’t have one. If you peruse through my reviews you’ll notice I tend to play more mechanics focused stuff, which tend to not focus heavily on story. I also usually despise a lot of characters once they open their mouths and start smattering off random jibberish. However, if you nailed me to a wall and said chose one or die I’d go with Alix Wilton Regan. She voices Kerillian in both Vermintide games, and Sebille in Divinity: Original Sin 2. Across all three games she plays a sassy elf lady who’s dialogue and delivery I generally enjoyed.

10. If your favorite video game protagonist suddenly became a kitchen or cooking utensil, what would they be?

Uh…a pair of tongs? Like Hat Kid, the tongs are incredibly useful in a wide variety of situations not limited to their intended purpose. They’re bouncy (when you release the lock on them) and come in a variety of different shapes and colours.

11. How many more Final Fantasies do you think will be made before they finally reach the Final, FINAL Fantasy?

As long as it continues to sell they will never reach it.

Normally this is where a block of eleven questions would go as well as nominations for eleven bloggers, but it seems like every blogger I know of has already been nominated for the Sunshine Challenge. If you read this and you have not please leave a comment, or DM me on twitter. I will add questions to this post as well as your name + a link to your blog for an official nomination.