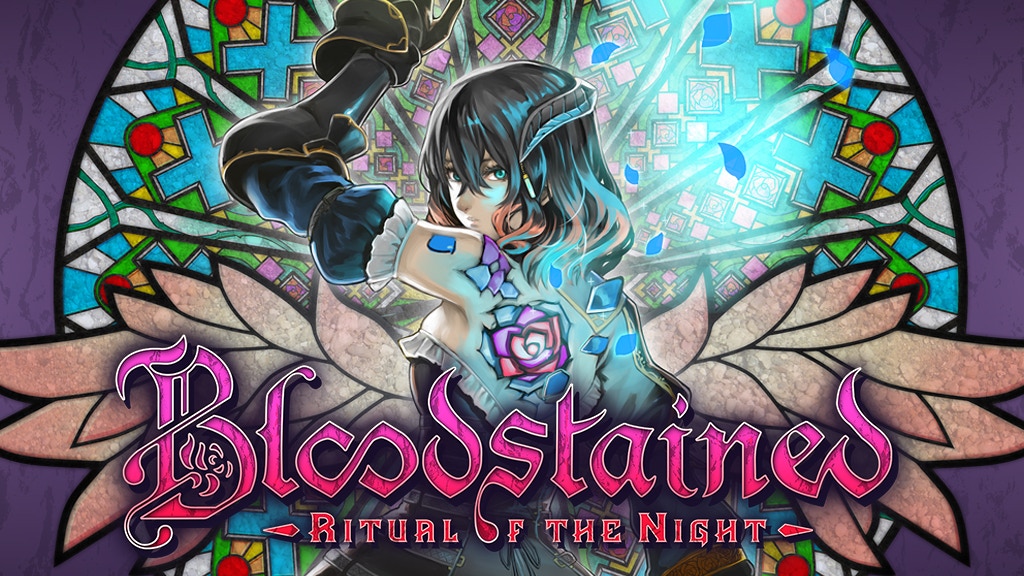 As someone who considers themselves a huge fan of the metroidvania subgenre there is a noticeable lack of Castlevania in my gaming history. With that in mind, I thought Bloodstained, a spiritual successor to Castlevania, would be a great spot to jump in. Oh boy.

Developed as an homage to Castlevania, Bloodstained: Ritual of the Night is an action RPG with metroidvania elements. Step into the boots of Miriam as she sets out on a journey to rescue her childhood friend Gebel amidst a demon invasion. To do this, Miriam needs to collect several new abilities as she combs through every corner of a maze-like Gothic castle. It’s a familiar setting that will likely capture the hearts of Castlevania fans.

After spending an entire afternoon with a friend who is a lifelong fan of Castlevania, I can say with certainty that Bloodstained is the game fans have wanted. For the sake of brevity, if you liked the metroidvania era of Castlevania you’ll love this game. It even has several callbacks to older games, which my friend listed in excited detail. That in mind you can skip reading the rest of the review. 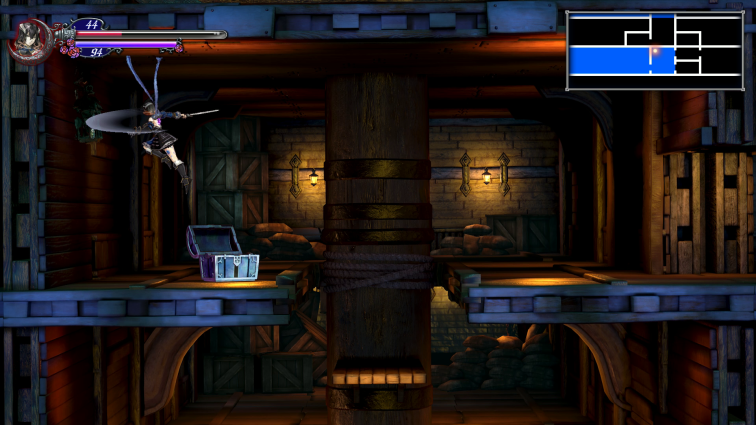 …Are the veteran Castlevania players gone?

Alright. Now time for my unfavourable opinion of the game.

I don’t like RPGs. More correctly, I don’t like mechanics that have become synonymous with the genre. Far too often I find leveling and loot systems are used to create the illusion of meaningful progress in games that lack a satisfying gameplay loop. It’s tough to enjoy stepping into the shoes of a character when you’re repeatedly tasked with fetch quests designed to provide a constant drip feed of simulated progress.

I mention this as Bloodstained is host to these same elements, which bogged down the whole game. There is leveling and equipment that improve Miriam’s stats and magic abilities, a whole host of fetch quests, and a crafting system. While they work well together, these systems actively impeded the aspects of Bloodstained I found most enjoyable.

In other metroidvanias players need to overcome obstacles, or find new abilities to move forward. In Bloodstained the RPG elements add a third barrier to progress, which can only be mitigated with tedious grinding. While it isn’t impossible to chip through enemies with low stats, no sane person would attempt such a laborious endeavor. Exploration is constantly halted due to challenges born from Miriam being too weak to press forward. When this happens you’ll need to return to town to craft new equipment or permanent stat boosting items to provide the edge needed to continue your journey.

This is made even worse by the fetch quests and crafting. The fetch quests give you another reason to regularly check in as they sometimes provide rare crafting materials. These materials are needed for items that far exceeds what you’ll find lying around the castle. Crafting also necessitates repeated trips to loot resources for stat boosting items and new equipment. This wouldn’t be so bad if you could make stuff on the fly, but you must return to the hub to construct anything which interrupts exploring.

Those of you with careful eyes will notice I addressed Bloodstained as an action RPG with light metroidvania elements  and I hope this elaborated on why I made that distinction.

Now that I’m done dumping on the RPG elements of the game lets look at rest of the game.

Firstly, how abilities are gained. Miriam is known as a shardbinder. Her body is host to a crystal homunculus that has been growing since a very young age. This crystal has the ability to absorb power shards that are dropped by defeated demons. By doing this she gains a variety of new abilities. Many of these abilities provide Miriam with magical spells that she can use in combat, but some provide passive boosts or act as keys to exploring deeper in the castle.

Collecting a new shard ability is always the solution for any roadblock encountered. While this is a common convention in metroidvanias, I was disappointed by how little application many of the progress blocking abilities had. Instead of re-contextualizing the world, abilities function more like a key to a lock. Many upgrades have only one or two spots where they can be used before they’re entirely forgotten.

The overwhelming number of shards dropped by enemies provide new combat spells however, which are fun to experiment with. Similar to equipment, shards need to be upgraded by crafting to become more powerful. I wasn’t a fan of having another reason to scrounge for resources and return to town, but I did enjoy how shards became stronger. Instead of boosting damage they’d gain farther range, or additional effects. With how numbers heavy Bloodstained felt, it was a welcome reprieve to have shards improve in an alternative fashion.

The visuals are a bit of a mixed bag. Some models and backgrounds look fantastic, while others are a bit ugly. All of the NPCs in town look washed out, which is especially weird in contrast to Miriam who looks vibrant. The lava filled cavern is another standout as the lighting makes it look as though it’s made of plastic. Outside of these two examples the game looked good and provided excellent visual contrast.

The sound design is excellent. The soundtrack does a fantastic job of nailing the ambiance of every area within the castle. There was clearly a lot of time put into capturing a specific feeling with each piece and it comes through loud and clear. My only gripe was with the lava area as the track there wouldn’t go remiss as another butt-rock jam in Sonic the Hedgehog.

Finally, lets touch on my “favourite” thing: lack of polish. It’s abundantly clear from the first hour that Bloodstained was rushed out the door. I say that because there was two instances of missing text within that period. This isn’t the only time text is missing either. In addition, I also had item drops get stuck in the wall and floor, half the enemies in the game are re-skinned,  and some enemies would randomly fly off the screen after being attacked. These issues are all small, but didn’t do anything to improve my experience.

There is also the issue of price. I don’t normally mention it because I usually view the games I review as being fairly priced, or under-priced. At forty freedom bucks I believe Bloodstained is overpriced. There are so many other games that exist which provide a comparable, more focused, and quality experience for a lower ask. The price is presumptuous for what’s on offer. 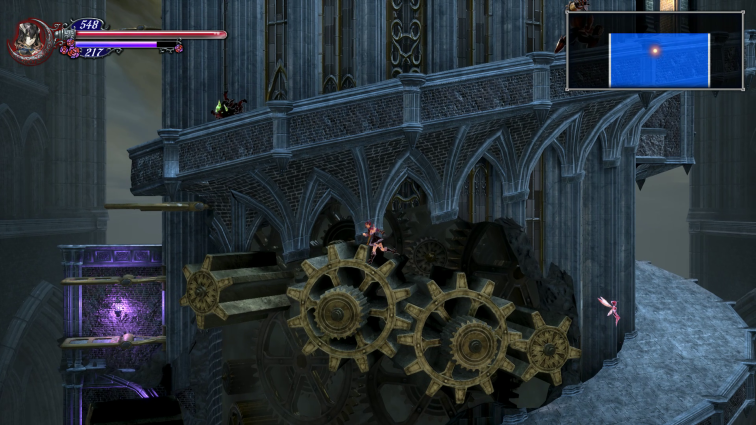 Contrary to my negativity I didn’t hate my time with Bloodstained, but I also didn’t enjoy it. Mechanically it tries to do too much and ends up failing to deliver in a meaningful way. The metroidvania and RPG elements feel like they’re constantly at war with one another, bogging down the whole experience. While sound design is great, art is mostly good, and the shard system is neat these elements don’t make up for the lacking areas. Bloodstained is a game for existing Castlevania fans, but newcomers may want to steer clear.

**Copy provided by my friend @Charlie__Blitz. He backed the game on Kickstarter several years ago, but decided he wasn’t interested in playing it by the time it arrived. Thank you for the support Charlie. It is very much appreciated. 🙂

8 thoughts on “Bloodstained: Ritual of the Night Review”