As with last year, any game I played in 2019 is eligible and will be listed at the bottom of the post. Also, only those games which were played for the first time in 2019 qualify.

So no Monster Hunter: World. Even if I did play it for another three hundred hours.

I played two fantastic games about a shinobi in 2019. Running around using a combination of stealth and speed to score kills is very much up my alley. Thus it only seemed appropriate that one of said games should walk away with some kind of accolade to sign post the year.

I really liked Sekiro. And you have to understand that is high praise given how annoyingly difficult the game is. Sekiro doesn’t pull any punches. There’s a way you’re intended to play it and until you figure that out the game is quite happy to repeatedly kill you.

So am I just a masochist? Is that why I liked Sekiro so much?

However, the aspect that really grabbed me with Sekiro was the world design. I’m a huge fan of non-linear, interconnected worlds. Being able to choose where I roam and discovering how each of the areas connects is a lot of fun. This sometimes resulted in me stumbling through places I wasn’t prepared for, but that made surviving these situations truly satisfying. Plus if things ever got really bad I always had the option of discovering another path which was just as valid to explore as the one I’d been roaming through. In a lot of ways I liked Sekiro for the same reasons I liked 2017’s Hollow Knight.

Also, shout-out to the runner up Katana ZERO. The game is also fantastic, but for entirely different reasons despite also featuring a shinobi as the main character. 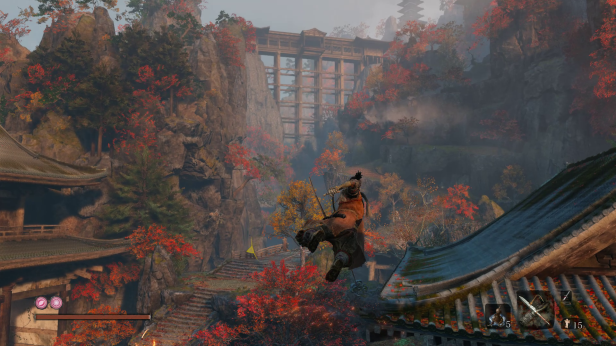 In 2018 my favourite game was the first detective mystery game I’d played in a long while: Danganronpa. Despite enjoying it so much, it hadn’t occurred to me that I might enjoy detective mysteries. Nope. It wasn’t until I was watching the most recent television adaptation of Sherlock Holmes, Sherlock starring Benedict Cumberbatch and Martin Freeman, that it dawned on me how I really enjoy detective fiction. And as such I ended up seeking out more detective style games to play. The Sherlock Holmes award is to be given to the game with the best riddles, mysteries, and deductions.

Return of the Obra Dinn

My word. I regret not getting to this one sooner.

The only entree on this list which was not released in 2019, Return of the Obra Dinn is quite possibly one of the best detective games I will ever play. Players are given so little information to go off of, but they are surrounded by an abundance of clues. Parsing out what information is and isn’t relevant and then determining how to apply that information is an absolute joy. If you enjoy detective style games then you owe it to yourself to try out Obra Dinn. You won’t regret it. 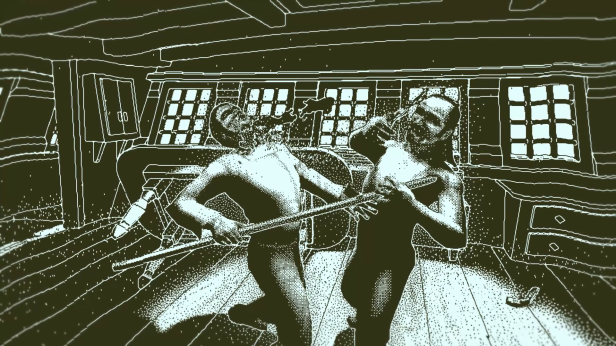 I don’t think a single year goes by where I don’t play a couple indie puzzlers that leave me scratching my head. I really enjoy a good puzzle though I’m not always the best at solving them. In fact, I usually have more fun with puzzle games where I can’t solve everything than the ones where I can. Maybe it comes from working in IT, but I find it a lot more rewarding to think on something for days and solve it compared to immediately deducing an obvious solution. That is the intention of the preposterous puzzle award – to go to a game who’s puzzles left me puzzled but thoroughly engaged.

Baba is You has to be one of the most interesting games I played in 2019. Moving around blocks with nouns and verbs on them to change the rules of the game sounds like such a simple premise, but quickly devolves into some incredibly interesting puzzles.

What I appreciate most about Baba is how it continually introduces new verbs to keep things fresh. Every couple of levels you’ll learn a new keyword. Things start off simple, but each new level forces the player to discover a new interaction with this keyword. It could be using the keyword in a way that runs contrary to what was originally taught, or perhaps by combining the word with another it gains new properties. Baba is as much about discovering mechanics as it is understanding them. 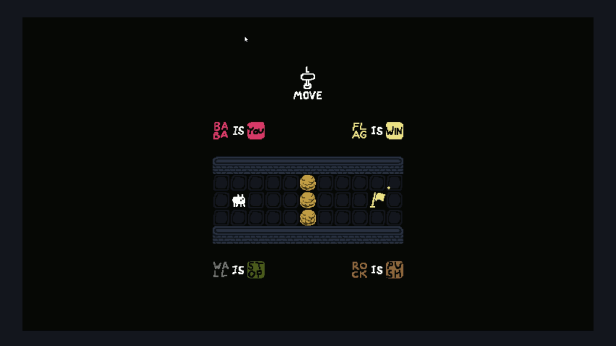 The One More Round Award

Let me regale a scenario for you.

You’re tired. You’ve had a long day at work. You know you need some rest, but what kind of day would be complete without a little bit of video game time? So you sit down and pick up that one game. You know the one. That game. No. Not that game. The other one. The one that people won’t judge you for playing.

You tell yourself you’ll play a quick round of it and then be off to bed. Get your fix and then get some rest. The perfect plan.

Why is it 2AM? What happened? What do you mean I’ve been playing for five hours? Oh God.

This is the award dedicated to that game. The game which you can’t seem to put down because you’re compelled to play more of it.

For a game with such a simple premise there is an incredible amount of depth that can keep players coming back for more. Slay the Spire is a deck building game that is so smartly designed it manages to make choosing to not add new cards to your deck as meaningful as adding new ones. Each run through the spire, regardless of the outcome, kept me coming back for more as I was eager to see what new kinds of card combos I would find. With an additional fourth character on the way I’m sure to sink more time into Slay the Spire and highly recommend others check it out.

I like to think I play a lot of weird games every year. Weird in the sense that they’re trying something new, or iterating on an idea in a slightly different way. As such I wanted to name one game among all of what I played as the most innovative. A game that is so brazen that at first glance you’d question why the developers defied convention. However, after playing the game for several hours you realize that the decisions work quite well and are the result of excellent design considerations.

While almost everything present here could qualify for such an award there is one game that I felt did a better job than the rest.

Do you know how long I have waited for a game like this? Neither do I. Fantasy Strike is a game I never knew I wanted.

Fighting games are something I’ve been interested in for a long time, but I could never get past the execution barrier. What’s worse is this same barrier obfuscates the real core of the genre. It’s not so much about doing crazy combos, but rather about correctly predicting what your opponent is going to do and using the appropriate counter measure. It’s like a bad-ass version of rock, paper, scissors. It’s not always easy to realize that when you’re watching two experts play each other, or even when you’re first starting out with the genre.

That’s where Fantasy Strike comes in. It is a game that retains all the depth of fighting games without the execution barrier. If you saw your opponent do something then you too can easily do it. Because everyone can do everything the focus is put very heavily on your ability to predict your opponent’s actions and to hide your own intentions. The result is an incredibly compelling experience that I have spent too much time on. I said it in my review, and I’ll say it again here: if you have even a passing interest in the fighting game genre you should check out Fantasy Strike.

Discloser: I am currently a Patreon supporter of the development team. Yes. I was that impressed by the game. That should speak volumes.

There you have it. Five of my favourite games of the years each given their own arbitrary award. I believe each is fantastic in their own ways. Going with a game of the year award seemed a bit stale, but for those curious it was a two way tie between Fantasy Strike and Slay the Spire. I don’t normally get two games in year that are so compelling that I think about and play them for several weeks. That alone made 2019 a great year (gaming wise) for me.

And as promised here is a bullet list of all the eligible games (in order of when I finished them) so you can yell at me for not awarding your favourite game something: