Time for another tag post. This one has a boat load of rules so we’ll start with them over my normal jibberish preamble.

Here is the original creator of the award: Okoto Enigma.

The Mystery Blogger Award is an award for amazing bloggers with ingenious posts. Their blog not only captivates; it inspires and motivates. They are one of the best out there, and they deserve every recognition they get. This award is also for bloggers who find fun and inspiration in blogging, and they do it with so much love and passion.

Alright, now for some more personalized gratitude. Thank you to both Mia of 9 Tailed Kitsune and Annie of Evening Tea Musings for the nomination. I know I took my sweet time to get around to answering your tags, but I appreciate them all the same.

I say it with every tag post, but if you haven’t checked out either of the linked blogs you should do so.

I have terrible seasonal allergies (that I’m dealing with at the time of writing).

Not much more to say here. I do wish I was allergic to something practical. Being allergic to sharks or something would be a lot more useful than my body thinking it is under assault every time plants start breeding.

I was originally planning on studying chemistry in post secondary education.

As my about section points out I didn’t end up studying chemistry and instead studied computer programming. There are two reasons for that. First is that computer programming could actually land me a job out of school, which it did. Secondly is that I hate biology and physics. Chemistry is great, but without biology or physics knowledge you can’t practically study or apply chemistry beyond a high school level.

I’ve lost ten pounds / four and a half kilos so far during quarantine.

I…really didn’t know what else to put here. The quarantine cutting me off from the pub has meant that I haven’t had any alcohol in nine weeks, which is the longest I’ve ever been sober in my adult life. Alcohol isn’t essential, so I’m not picking any up when I do my limited grocery store trips.

How old were you when you created your first anime post? What was it about?

I don’t know that any of my blog posts could be strictly considered anime related, but I have talked about anime in some tag posts so I suppose 25, or 26. That broadly covers the ages I’ve been during the bulk of my time writing.

Toilet paper, over or under? 🙂

Serious answer: I’m so lazy that I just leave the roll sat on the back of the toilet, so technically neither. Over is easier to deal with though.

What is your favorite anime trope?

Is it considered a trope for the main character to be dumb as a brick, but also super powerful? Maybe it’s because I watched Dragon Ball in my formative years, but I tend to enjoy when the main character is more of a lens for us as the viewer to see the world through. And it is also satisfying when they eventually pummel an antagonist character. 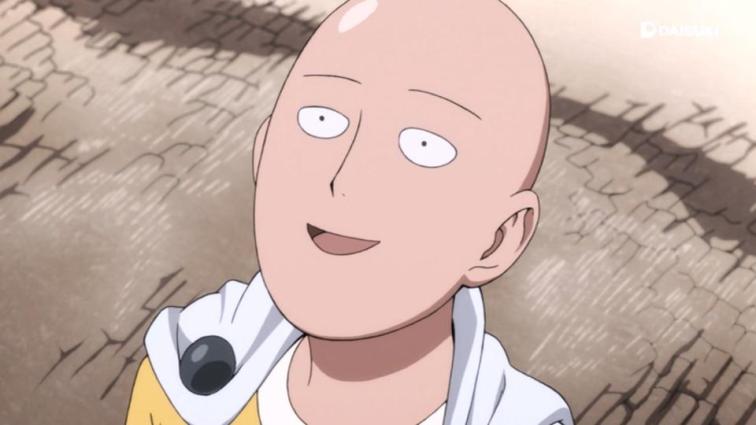 Do you prefer any of the live adaptations of anime over the anime ones?

No. There is a lot that can be achieved through art that can’t be replicated by actual humans. I appreciate the somewhat exaggerated expressions that come with cartoon characters, which gives me a heavy bias against live action adaptations. It also feels kind of condescending when an existing anime gets a live adaptation. It’s as if the people creating it don’t view the source material as being legitimate because it is animation. That might just be me reading into it too much though.

If you could play any villain from any movie, book, manga, animé, etc., who would you play and why?

Potentially unpopular answer: Thanos. But…and here’s where I’ll get some flak, instead of wiping out half the universe I’d skip that bit and go straight to the buggering off to an abandoned planet bit to live out the remainder of my days. Just skip the snap all together and go straight to the social isolation.

City or the countryside?

City. If for no other reason than because the city always has reliable internet. I prefer being in the countryside, but I don’t like the cost and availability of internet outside of the city.

I don’t have much thoughts on fan fiction. It can be a great way to practice writing. Though I do wish that less of it had…unsavory aspects.

If an Asian original (manga, drama, anime, etc.) were to have a Western adaptation (or vice versa), what would you like to see consistent or changed for whatever reason? (Ex. The US version of Death Note. The Korean version of Criminal Minds.)

Whenever media comes over from Japan I like to see it adapted to suit American audiences. We don’t have words or phrases for all of the phrases that exist in the Japanese language. Because of that it takes some very careful planning and word choice to ensure the message is accurately translated. This is all a long way of saying I prefer when the intent is kept in tact rather than works being directly translated.

I think that answers your question.

Which fictional squad would you want to be a part of? (Ex. The golden trio from Harry Potter. Generation of Miracles from Kuroko no Basuke.)

None. This is going to sound really lame, but I prefer working alone. I couldn’t see myself managing to stick with a squad of others for an extended period of time.

I don’t know if they’re my best, but they are my favourites.

Larissa – Games (and Other Bits) // Musings and Thoughts