I started playing Pokémon Sword with the intention of eventually reviewing it. After stewing on my thoughts, I’ve decided doing so would be a waste of time. My overarching opinion hasn’t changed tremendously since my first impressions, which I posted on Twitter:

The new Pokemon games are Pokemon.

If y'all enjoyed the older ones you'll probably like this one.

Really big fan of some of the quality of life changes like how storage is handled and the game being balanced around shared exp.

I spent weeks working on a post that discussed aspects of the latest installments, but upon reviewing it concluded there was no reason to publish it. Nothing I’d written seemed worth adding to the discussion. Instead, here’s some stray thoughts about Sword & Shield.

Ironically, for games about evolution, Pokémon hasn’t evolved much over its twenty five year life. It’s still chocked full of delightful creatures to capture and many of the new additions in Sword & Shield are adorable. It also continues to work as a great entry point into the role-playing genre much in the same way that Kirby does for platforming. In this context, I’d view the latest Pokémon games as another successful set of entries in GameFreak’s long running franchise.

I originally wasn’t planning on playing Sword due partly to lack of interest in the Pokémon franchise. I’d lost my love for these games and wasn’t having fun playing the latest releases. Even revisiting my favourite entry, Sapphire version,  by way of 2014’s Alpha Sapphire failed to capture my attention. Had I grown beyond Pokémon? Had it lost its appeal as my preferences changed?

A couple years later a co-worker of mine decided to play Pokémon X after having not played a Pokémon game for years. It’d been well over a decade since his previous foray into Pokémon. It was thanks to this that I realized the problem wasn’t just me getting older.

I have never seen an adult so excited while playing Pokémon. My co-worker was making over a decade’s worth of discoveries while playing X. Every new creature, attack, and evolution was a fantastic discovery. The drive to discover something new continued to tickle his sense of curiosity and he had a blast playing the game.

Ah ha! My problem wasn’t just a product of preferences changing with age: my approach to playing these games was also a factor. Sapphire was one of the last games I truly enjoyed, but it was also the last time I started playing without part of the game being spoiled. For all games following, I began playing with knowledge about the majority of the new Pokémon. I’d been unknowingly spoiling the experience for myself by researching each game ahead of time.

After coming to this realization I decided something needed to change. So I stopped playing new Pokémon games. I’d still revisit old favourites for a nostalgia trip, but I wanted the next time I played Pokémon to be as exciting as it had been for my co-worker.

After an almost five year break, it was this that convinced me that I was ready to play another Pokemon game: 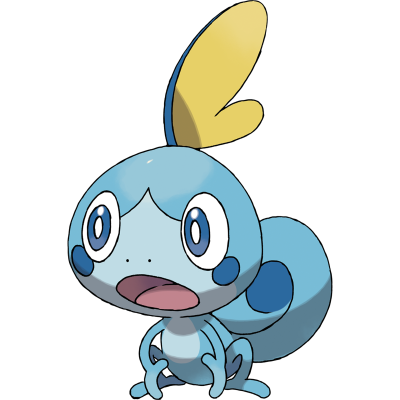 Sobble, derpy as it may be, was my gateway into a journey filled with new discoveries. I had a blast finding and evolving Pokémon across my time with Sword. The same curiosity that enthralled my co-worker was now propelling me forward. Looking back on my time with Sword it was just as shallow as the Pokémon games that preceded it, but discovering new Pokémon helped to capture that same feeling I’d experienced while playing as a kid.

With all that said, I could have posted two thousand words (yes really) ragging on how Pokémon is insipidly shallow and fundamentally hasn’t changed in twenty five years making it staler than a loaf of bread left on the counter for months. But it is because of that lack of change that these games still act as a great gateway for role-playing newcomers. No one complains about Kirby continuing to be easy and shallow, so why complain about Pokémon doing the same thing for a different genre?

I enjoyed Pokémon Sword, but I wouldn’t recommend it to most. If you want to introduce someone to role-playing games this is a great place to start. If you’re a long time series fan like I am perhaps consider adopting a similar approach to that what I’ve described above. You might find the fun in these games again. That involves setting the bar for expectations lower and also letting go of something you’ve enjoyed, but sometimes we grow in different directions from the things we enjoyed in our youth.

5 thoughts on “Pokémon Sword & Shield – Not a Review”