Alright. Round 3. Thanks to Dale over on UnCapt for the nomination. You can check out their original post here, or check out the latest post here. I hope you find my answers to these questions satisfactory.

Alright. This time I’m actually going to do the nominations, so hopefully the pings actually work.

If you could interview any character from a video-game who would it be? and why?

I prefer when video game characters keep their mouths shut most of the time so this is a difficult one.

Dana Zane from VA-11 Hall-A could be fun. There are a ton of stories that are hinted at about her past exploits throughout the game and it’d be fun to prod her for the truth. Though the truth would probably be less exciting than the stories.

Do you have a favourite video-game developer? If so who?

SuperGiant Games. They consistently put out games I enjoy playing, but also feature some amazing art and music. The key there is consistency. There have been some great developers in the indie space, but they’re one hit wonders. What makes SuperGiant standout is that every single game they’ve made has been noteworthy. A close second is Image & Form for similar reasons.

Film to game adaptations are normally bad, but do you have any favourite “movie” Video-Games?

The Lego StarWars games, specifically the one based on episodes four through six. I think this is one of the only games I’ve played that is based on a film, or series of films in this case. It’s a fairly fun game.

In terms of transformative media, are there any books, films or t.v shows that you would like to see as a game?

I play a lot of video games and very little else. That’s an alternative way of saying I don’t have an answer for this. Though I suppose guest character appearances in fighting games could be a neat trans-media implementation of some of the anime I watch.

Which game would you like to see a movie adaptation of?

Couch co-op is a dying breed, which was your favourite game that you played split screen if you have any?

If we go way back to the early 2000s then I’d say Pokemon Stadium 2 on the Nintendo 64. Not for the battling though. The mini games in Stadium 2 were fun as heck to play either against the AI or with your friends. I think my favourite was the one where you have to thrust back and forth as a Chansey trying to rescue falling eggs.

What is your favourite series of games?

The SteamWorld games. Does that count? They’re all kind of related, but span several genres. Image & Form, not content with pushing out endless sequels, has taken the world they’ve created and put out several games within it which span several genres. I really enjoy this as it keeps each new entry feeling fresh and lets the development team experiment with new ideas. 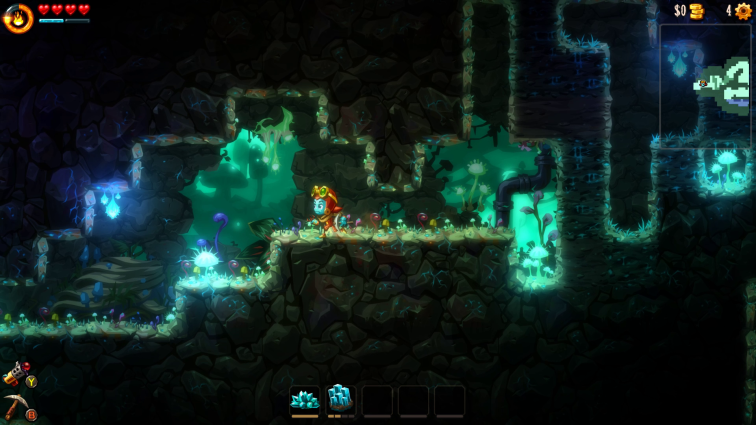 What is your favourite setting within a game? (e.g Post-apocalyptic, future).

Fantasy I guess? Not strictly limited to swords, magic, and dragons mind you. I’m thinking of things like Pyre, Valids Story, Warhammer, Monster Hunter, and Hollow Knight when I say that. Fantasy is kind of a broad term.

I like this particular setting because it’s far removed from reality. I already spend enough time in the real world. I don’t want to spend my video game time in something that reminds me of life outside my computer. That’s a bit of a depressing answer, isn’t it?

As we are over halfway through the year, what’s been the standout game you’ve played this year? (Released this year).

It’s the only game this year that I’ve enjoyed so much that I’ve played it on two separate occasions. That and it’s a fantastic game. 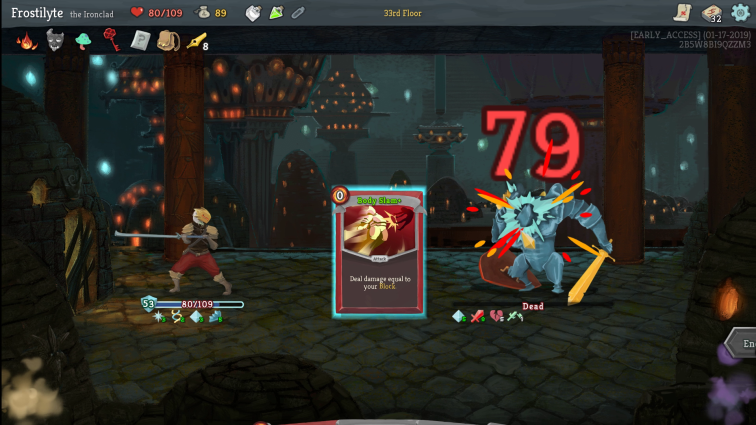 Which boss fights make you nervous? (Even if you have beaten them before because you know the fight just sucks.)

Deviljho from monster hunter. Of all the creatures in that game I like fighting it the least. It moves so erratically and constantly runs around the map. This makes it incredibly difficult to hit the sweet spots on the monster and also means that more of the fight is spent trying to keep up with it than actually beating its stupid face in. That and almost no weapons work really well against it. Deviljho also provides a really bad match up for my favourite weapon: the hammer.

Thanos (Marvel) is attacking again, the Avengers are away. You need to form a team with three video game characters… who do you assemble?

Alright. This answer is stupid because it’s entirely rooted in practicality.

The Vessel from Hollow Knight, one of the many pilots from Into the Breach, and Jill from VA-11 Hall-A.

Every time the Vessel is killed it is replaced by a new vessel. You effectively have a hero that can’t die no matter how many times Thanos crushes the previous. The pilots from Into the Breach can travel to new dimensions whenever a timeline is lost. They could use this power to continually hop through timelines fighting Thanos for the rest of time. I brought Jill along so I’d have someone to mix me drinks while we watch the fight go down.

Yep. I went with a smart-ass answer.

Okay I said I would do it this time so here are my 11 questions and nominations. Good luck.

You’ve become the leader of your country for a day. You have the power to make one item illegal for purchase for the rest of time. What do you choose and why?

You will receive five million dollar (USD), but for the next year you will always feel like you have to use the washroom and won’t be able to tell the difference between a false alarm and the real deal. Do you take the money? Why or why not?

You remove the existence of an entire genre from video games | film | music | anime | television (pick one). What genre do you ax out of existence and why?

What superpower do you want to help solve your mundane everyday problems?

Many of us would like to go back in time to give our younger selves advise. Instead of doing that, what skill would you trick yourself into thinking you had so the younger you would actively pursue learning said skill?

Toilet paper roll over, under, or pine cone?

If you could take credit for any invention and have everyone believe that you indeed created it, what would you choose and why?

What is your favourite beverage with alcohol in it? If you don’t drink booze, same question sans the alcohol.

Without looking up the answer, which of the following headlines do you think is false and why?

You’ve decided to help combat the inevitable global climate change that will kill us all by eating vegetarian once a week. What is one new meal you’re excited to prepare and consume?

One Nerd – Welcome to my Life

Brink – The Brink of Gaming